PICS & GOINGS ON
Sunday
-We did our normal routine. Church Online. Rob left to help with in person 11am service. Sunday School online. Lunch.
-I made some brownies for our Boy Scout Scoutmaster’s birthday that was on Monday. -Rob, Alex, and I went to church to serve at the college ministries Thanksgiving. They had a positive test within the group, so that caused for extra precautions to be taken. They drove up and go their meal and stayed in their cars for worship.
-Discussion with Alex about the recent issues.
-Drew came over. At one point, he was like “uh, mom. the cat is in your pot!” I got up to look at the door and this is what we saw. It was so funny, but after I had him snap this and then I ran her off. My poor little seedlings don’t have a chance if she keeps doing this. 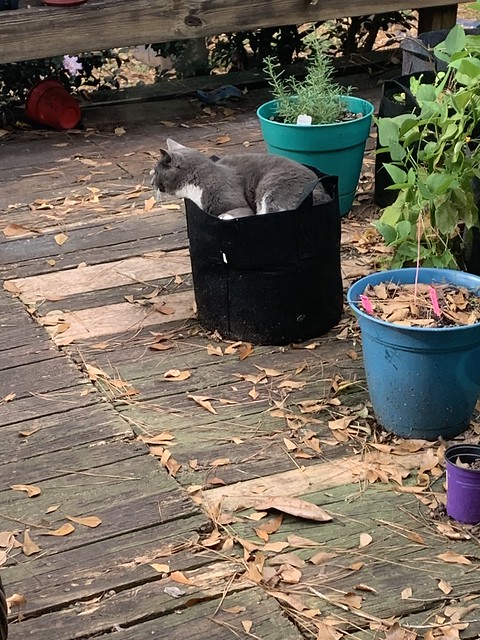 Monday & Tuesday
The first 2 days of the week were work and school as normal. I was busy with Zoom interviews to fill my student worker positions. Kind of stressful. I still don’t have all positions filled. Grrr…

Wednesday
We were all off on Wednesday. Of course I woke up at 6 something, like normal. I got busy cooking. This was everything I prepared: -Cajun Andouille Dressing, which was so amazing! Recipe coming soon.
–Praline Sweet Potatoes
-Popeye’s Cajun Gravy. Recipe coming soon.
–Spinach Artichoke Dip 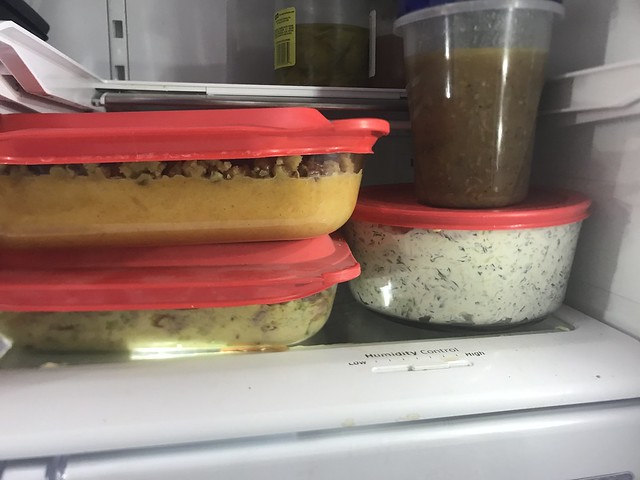 The turkey right before marinading. 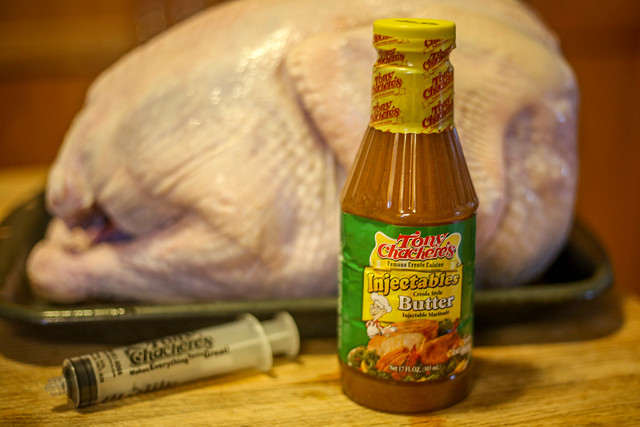 Meanwhile, Katniss was busy hanging on the back deck… 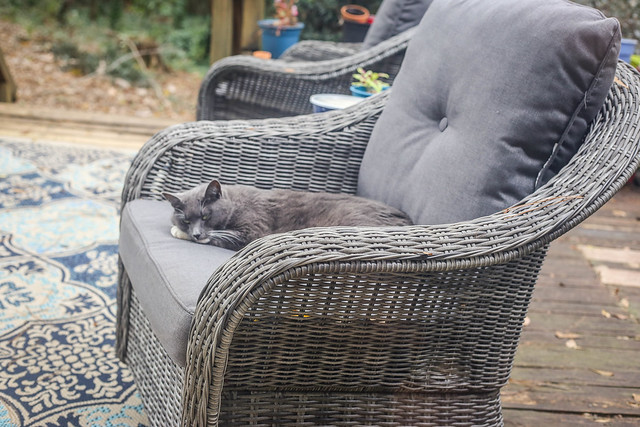 Thursday – Thanksgiving
We were actually able to sleep in to about 9:30AM. That was heavenly! We turned on the Macy’s Thanksgiving Day parade. That was kind of weird to watch with no in person spectators. Then, Rob got up and went out to meet one of the scouts to discuss his Eagle project. I gathered up everything to take over to my in-laws when he got home. We ended up getting to their house a little later than we would have liked, but it all worked out. We enjoyed visiting.

We got busy frying the turkey! We have an indoor turkey fryer similar to this one. However, we always do it outside in a covered area so the entire house doesn’t smell like grease, plus COVID this year. 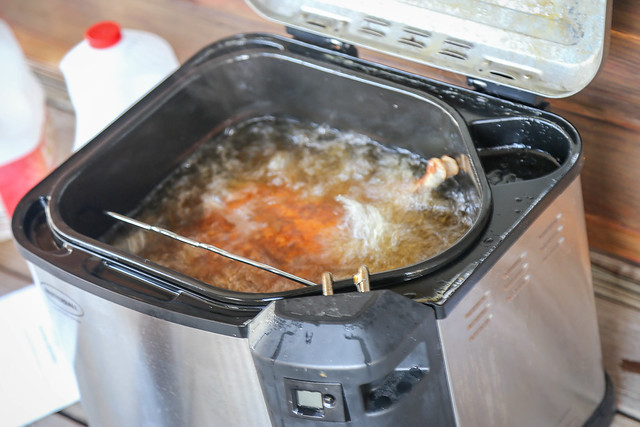 Here’s the finished project. We didn’t get the outside as crispy as we would have liked. 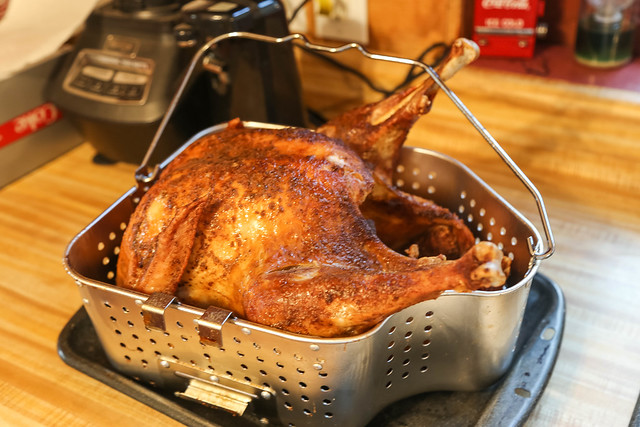 I forgot to take a picture of the spread, but here’s my plate. So good! 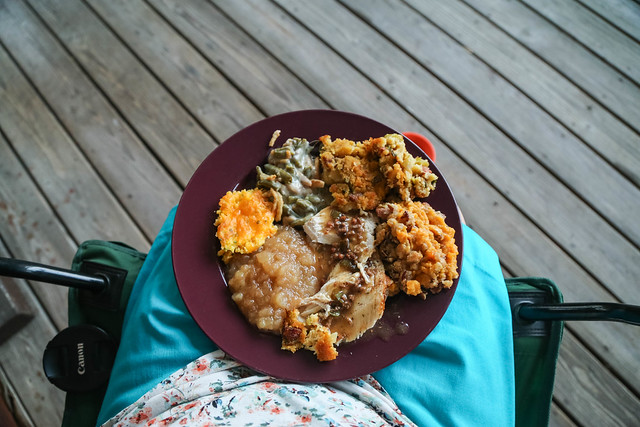 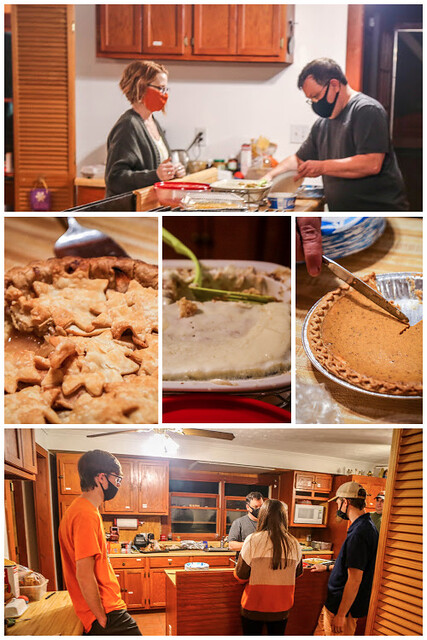 We are always so bad about getting a group shot. This year since were trying to stay outside by the time we ate and had dessert it was plenty dark and people were tired.

Friday
We piddled around the house. I did some crafting and Rob and Alex went outside to have some vehicle education and to look at a few issues Alex is having with his car. I can’t tell you how happy this makes me. These two together…getting a long and Alex actually wanting to be there with Rob. 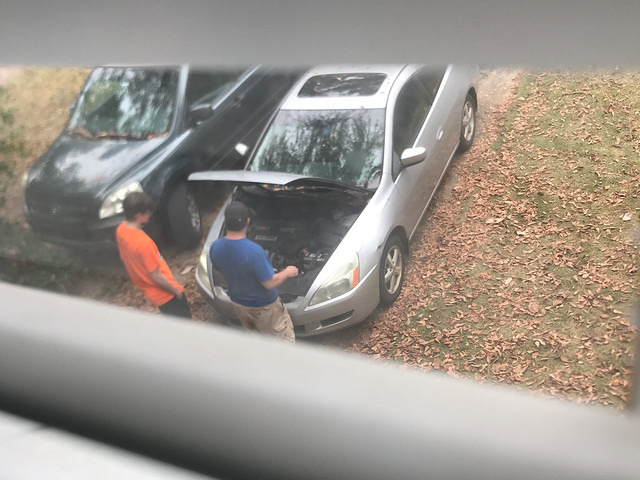 With our fryer full of peanut oil, we always try to ensure that we get as much use out of it as possible. We had some shrimp in the freezer that we never did eat, so we thawed that out. We also had some baby golden potatoes that needed to be used. Here’s the results. So yummy! 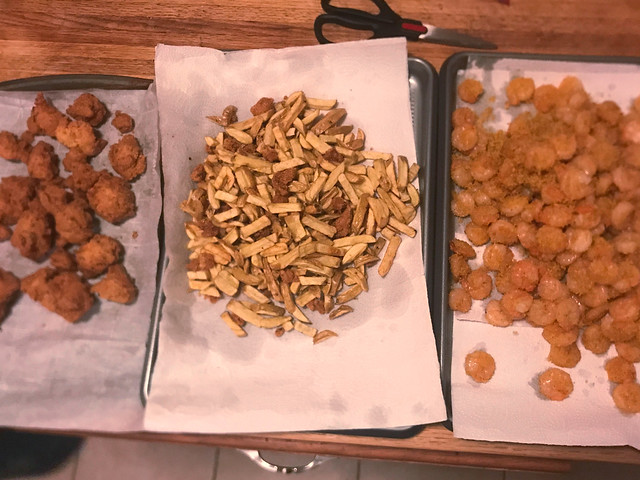 Saturday
Saturday Drew came over. We were outside getting some stuff done before the rain on Sunday. We watched Iron Bowl, which was exhausting. However, not really surprising. I binged watch Season 2 of Virgin River on Netflix. Can’t wait for season 3 already!

Katniss lays her ears down like this when she’s ticked. I think she looks so funny. She was annoyed with Kayleigh trying to get attention from Drew and Nick. 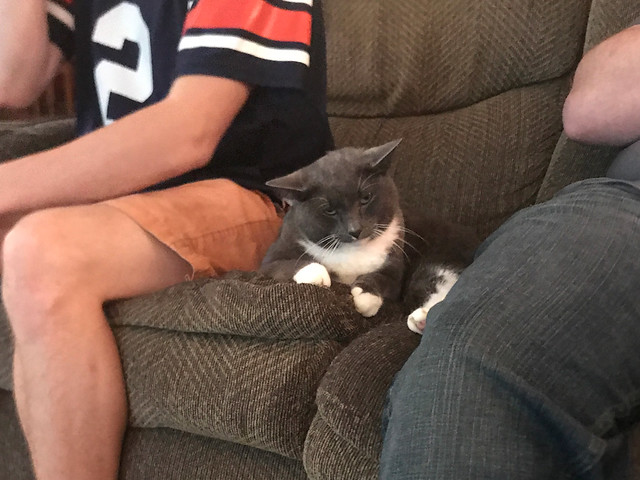 Kayleigh was worn out! 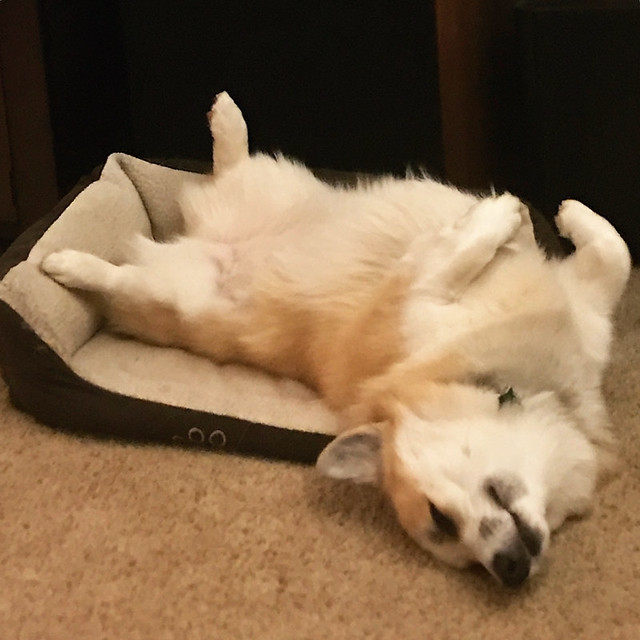 THOUGHTS
I think it was last week’s The Weekly where I mentioned teenage issues we’ve had. I’m continuing to pray for that situation. So far I’m seeing a lot of positives out of all this. I am thankful for so many things and this week really helped me to appreciate those things & people even more.