Prom was a few weeks ago. The morning was busy with one Drew’s friend’s Eagle Courts of Honor and Alex had a soccer game luckily it was a home game. First thing that morning, I sent Drew out to Flowersmith’s to pick up the corsage and boutonniere. After all the hub-bub of the morning, we were able to get back to the house to finish prepping for the busy evening that awaited. Rob and I were asked by Drew’s group to host dinner. I had prepared the main dish, Stuffed Pasta Shells, the night before, so all I had to do was pop it in the oven. Drew’s friends were gracious enough to provide salad, bread, sticks, and desserts.

Around 5:00 we met up with Caitlyn at Town Creek Park before the rest of the group go there so we could get their pictures out of the way. Many of our typical options for taking pictures were not an option because there was a huge concert going on all afternoon and evening on campus. 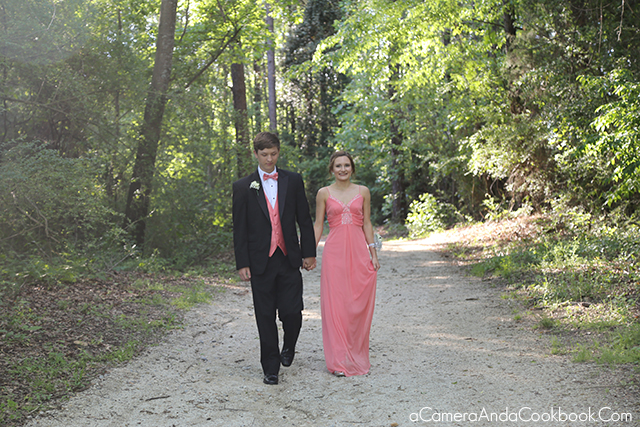 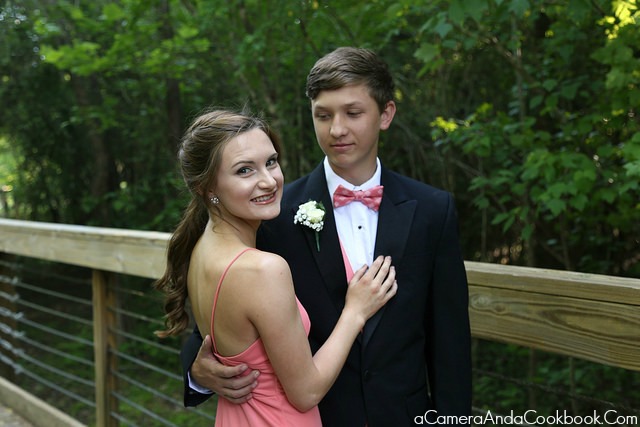 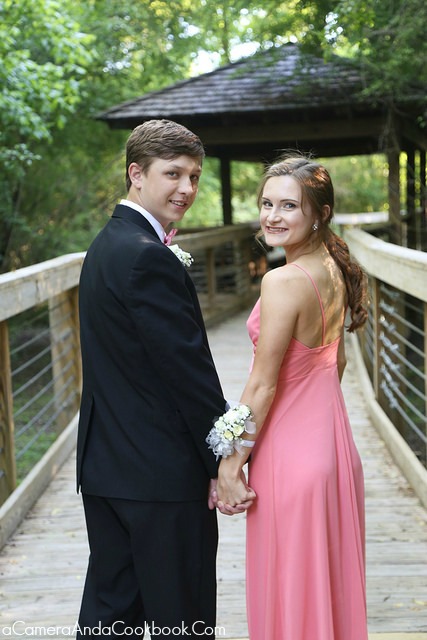 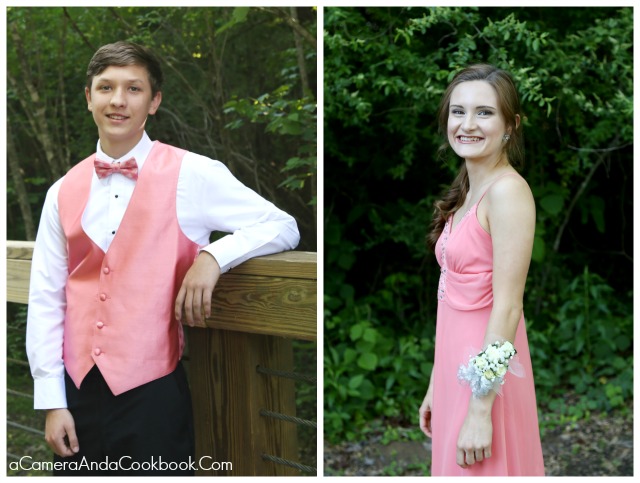 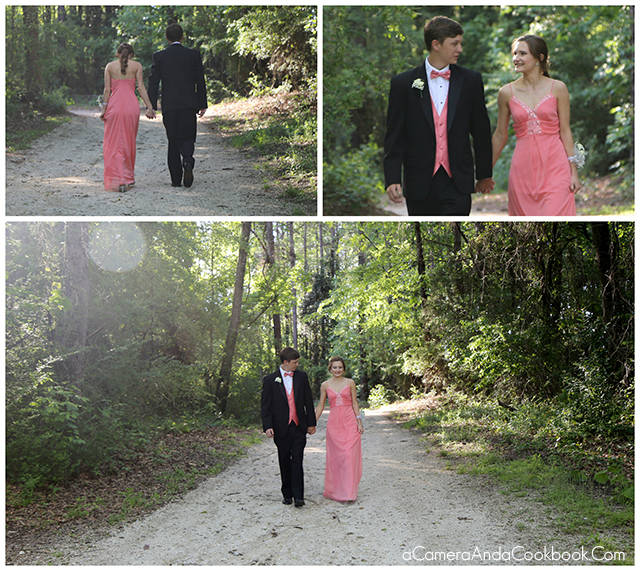 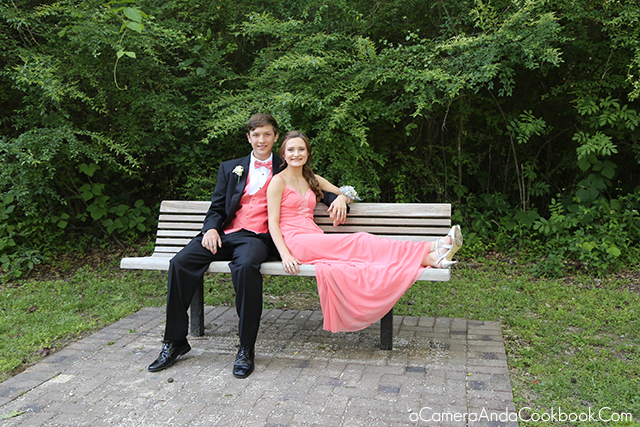 We had about 30 minutes before everyone else showed up for pictures. All the parents came with their kids to get pictures as well. We enjoyed walking around the park coming up with different pose ideas. The moms stood behind me taking pics with their phones, while the Dad’s stood further back talking amongst themselves. It’s nice that we’re pretty good friends with all the other parents in Drew’s prom group. After about an hour of taking pics of the group we decided we had enough shots and the three couples meandered their way to our house. Kyle’s parents provided salad and bread sticks from Olive Garden. So yummy! Caitlyn brought Raspberry cheesecake bites and Lindsey brought Chocolate Lasagna. Unfortunately, I never got pictures of all the food.

Not long after finishing up with dinner, it was about 8:00 and they were ready to get to prom. Since there was no parking on campus which is right across the street from the Auburn Hotel and Conference Center where prom is held the students were told to park at the high school and ride a bus over to prom. Drew said he was most definitely not riding a bus to prom, so Drew left his car at the church when were were there earlier that day. Rob took part of the group to Prom and Kyle’s Dad came and drove the other half of the group, so they did not have to ride a bus a half mile from the school to the hotel.

They had a great time. After prom they came by the house to change and then went over to Lindsay’s house for games and snacks. 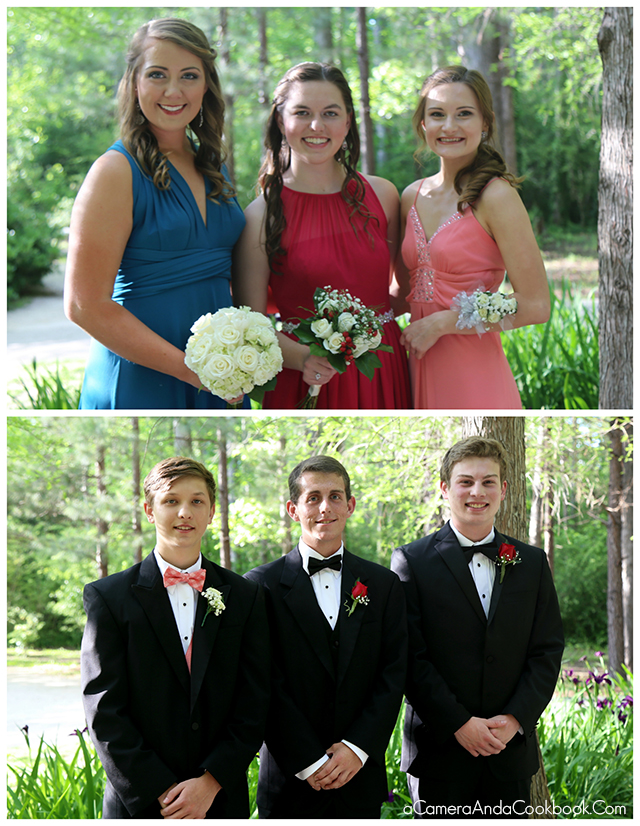 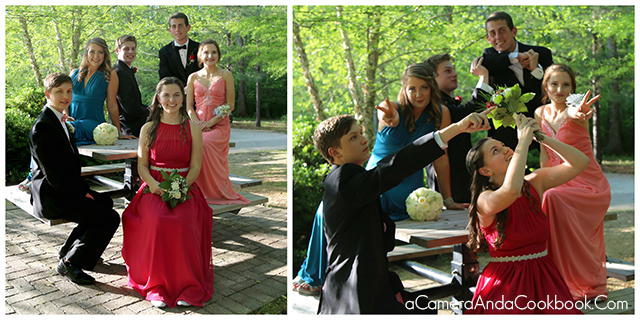 I was a little brain dead when it came to different poses, so I was thankful these guys are creative. Here’s some poses they came up with. 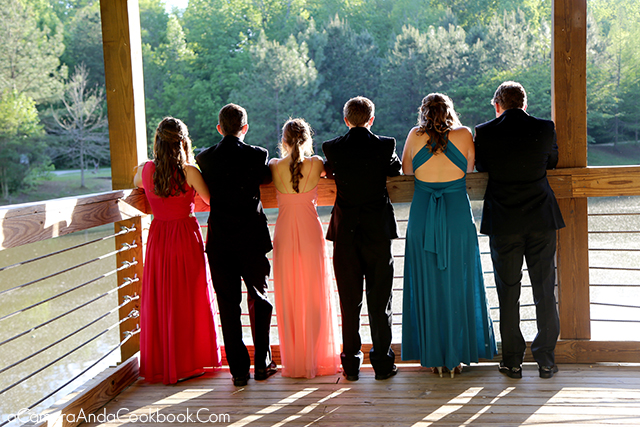 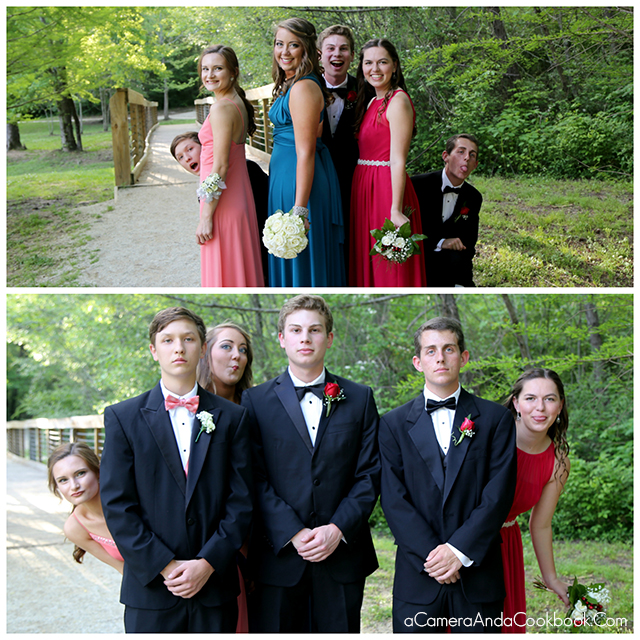 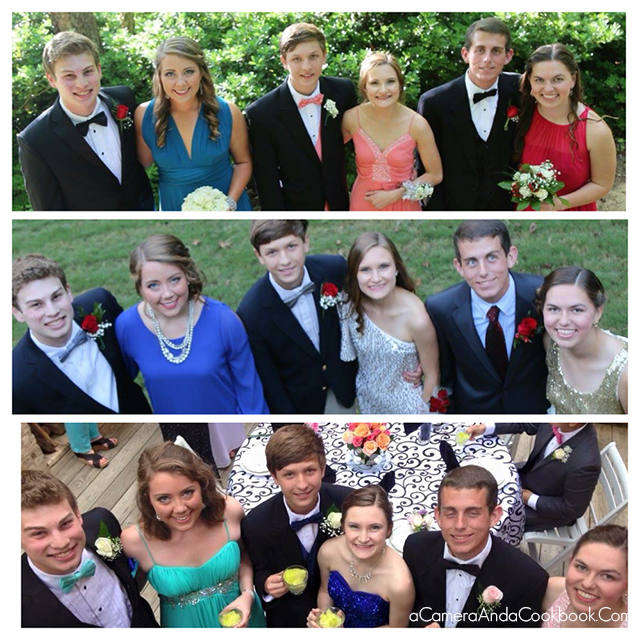 Here they are enjoying dinner conversation. 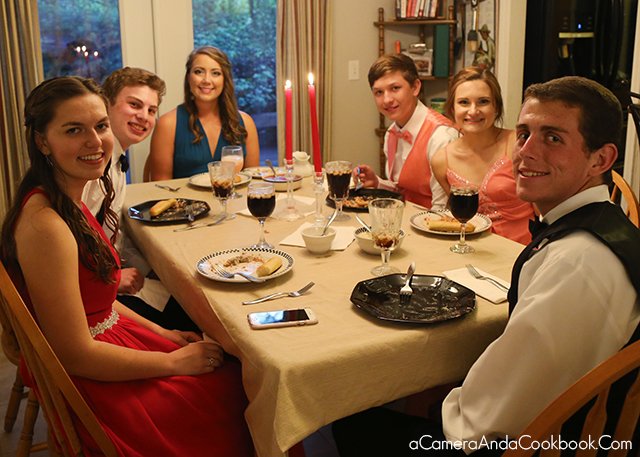 Drew and his friend Brannen, who spent the night at our house so he wouldn’t have to drive all the way home out in the country, decided to wear their tuxes to church. They even got a shout out from the preacher! 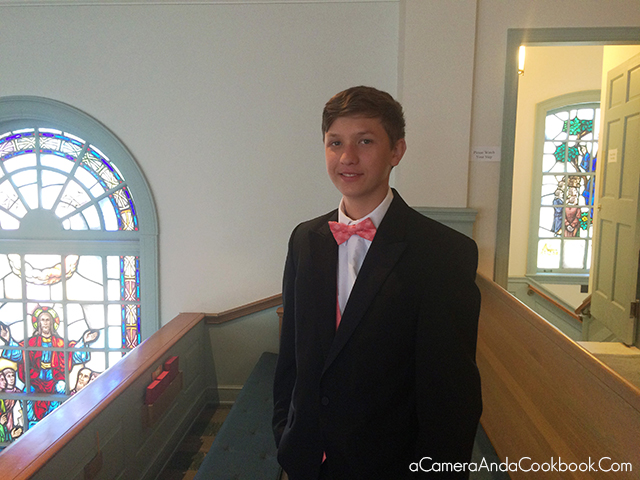 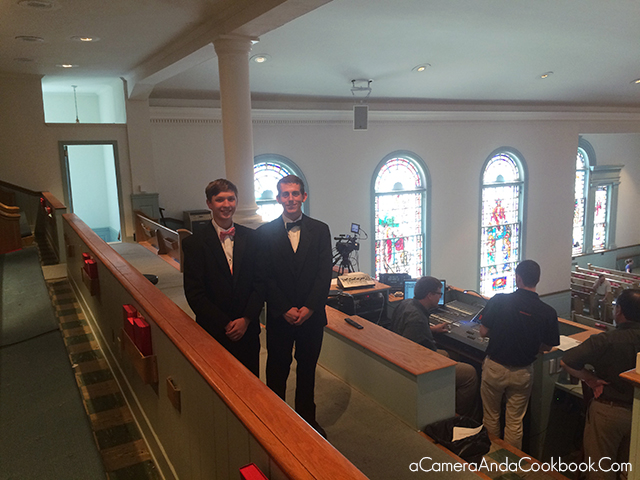 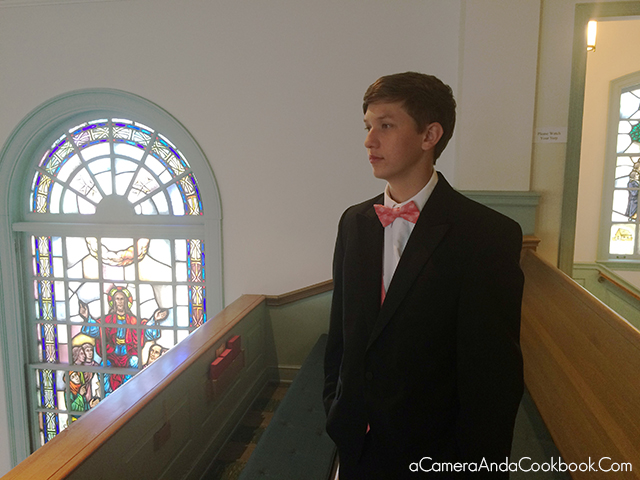 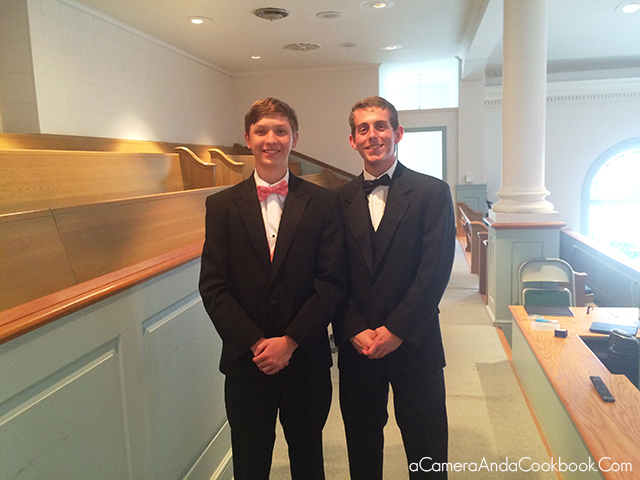