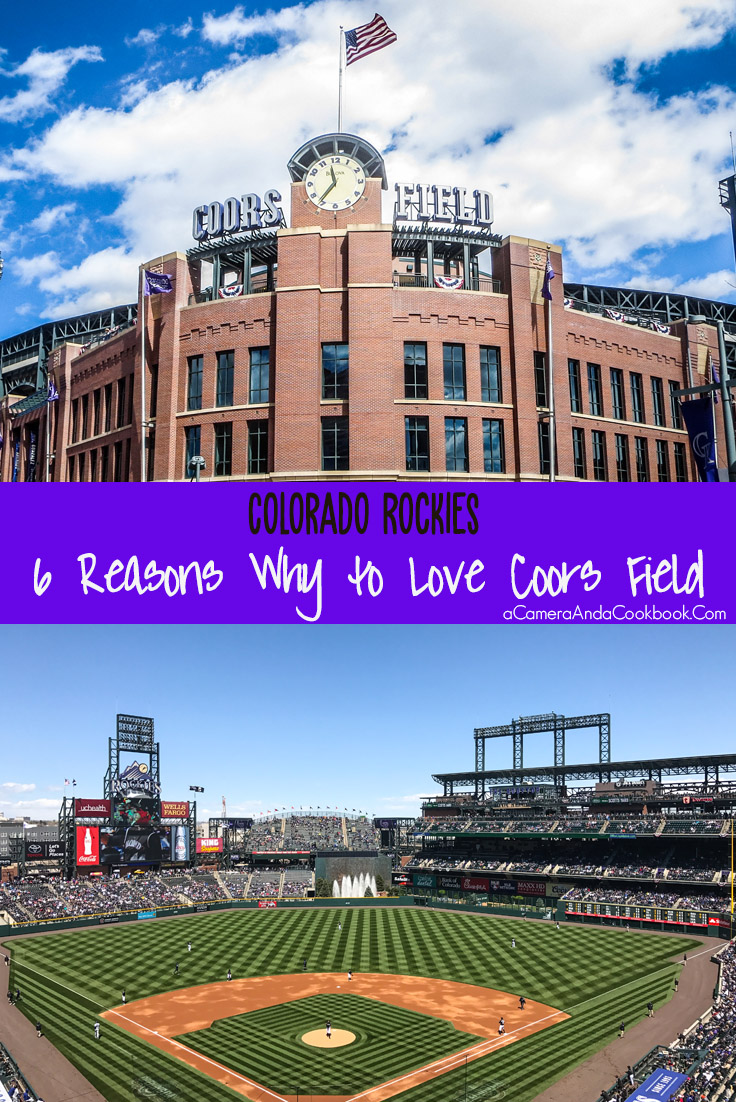 When Rob and I first visited Coors Field it was in April, Opening Weekend. 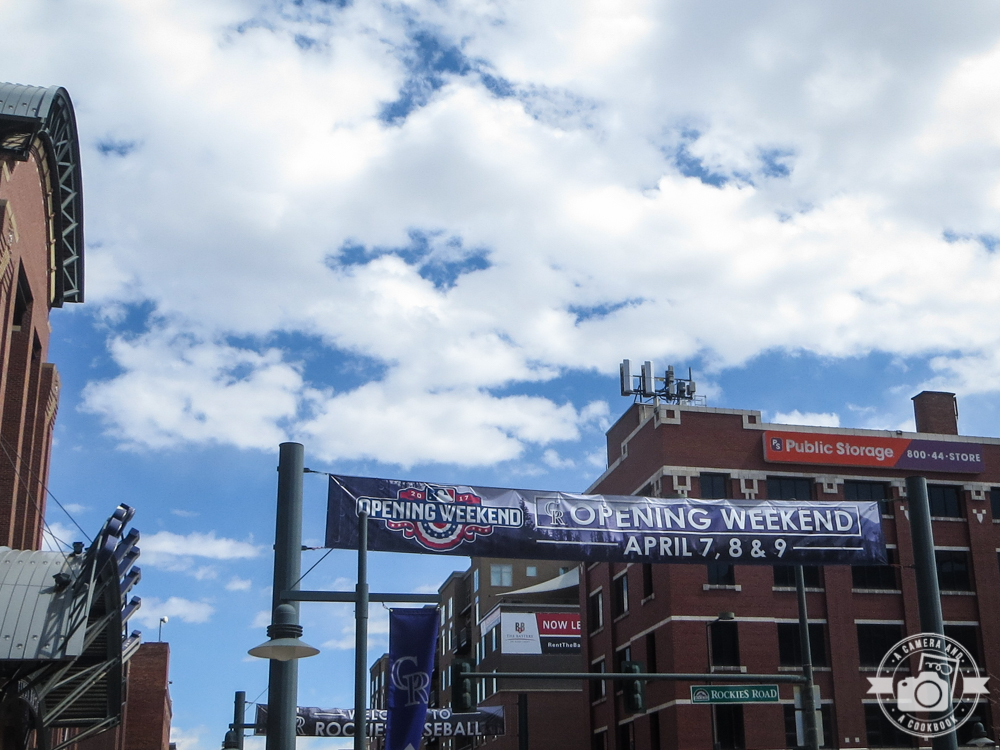 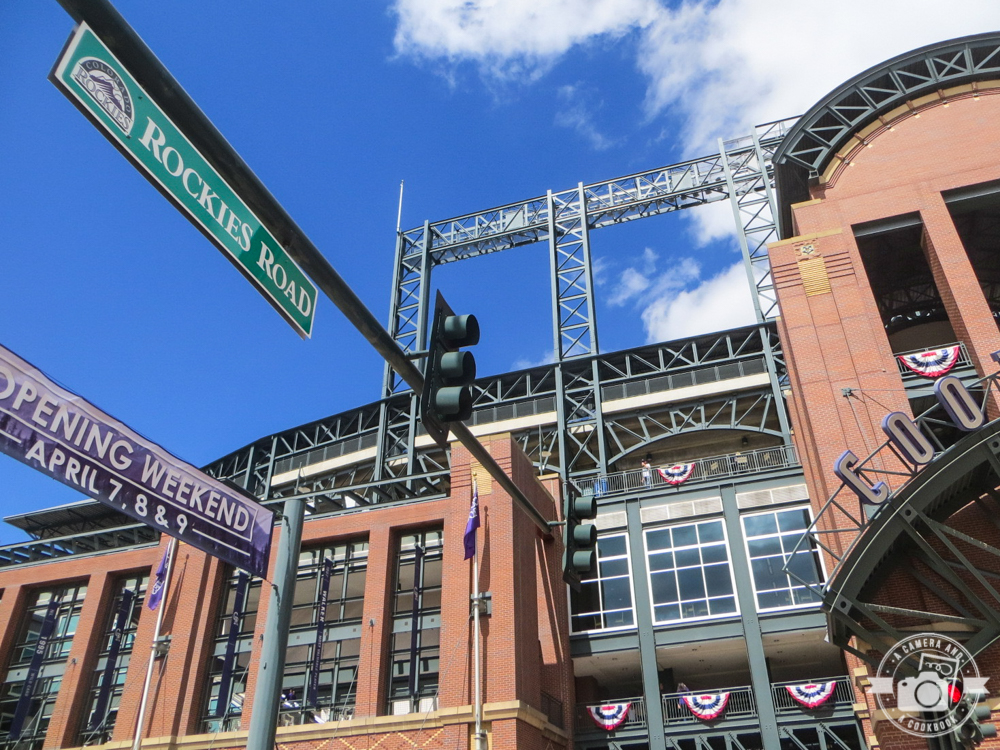 It was a cool and breezy April day, but you could totally feel the excitement in the air. We were excited to be in Denver and to be marking another baseball stadium off our list! 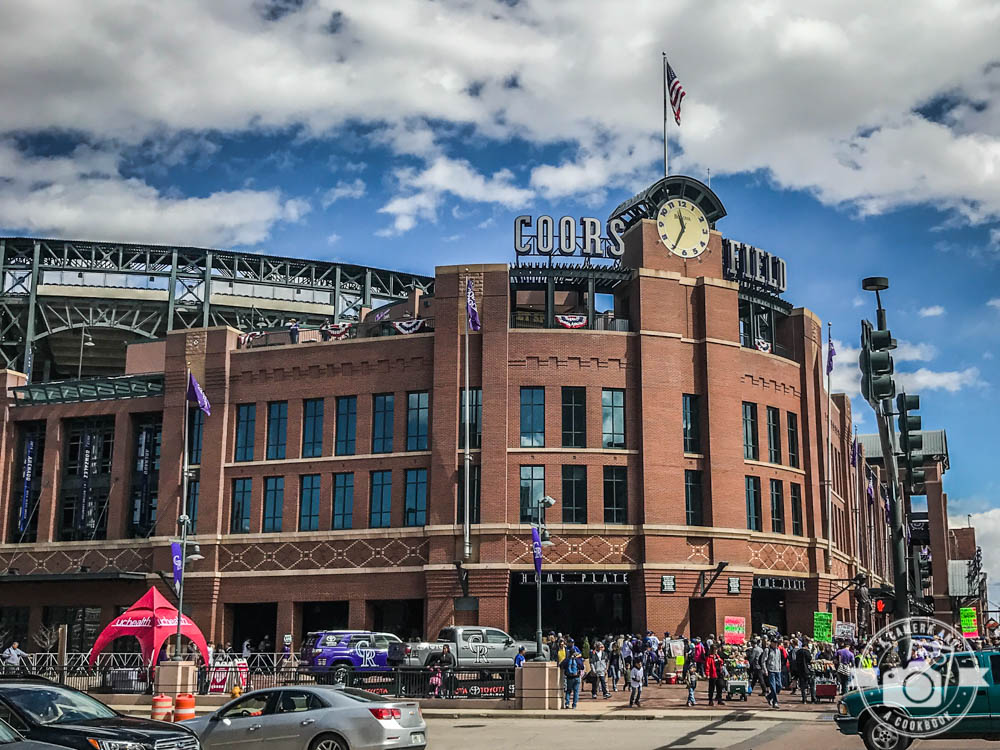 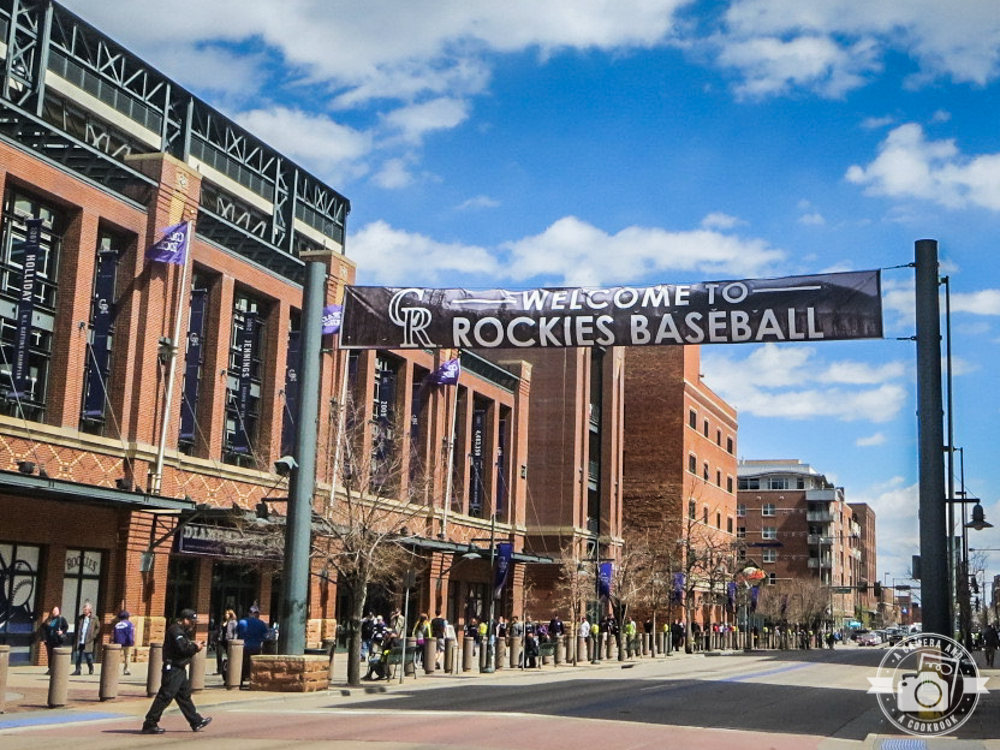 Coors Field is tucked right smack in the middle of Denver’s lower downtown area. This has been the home of the Colorado Rockies since 1995 and has been at the top of the attendance list ever since. Rob and I both loved Coors Field for many reasons. 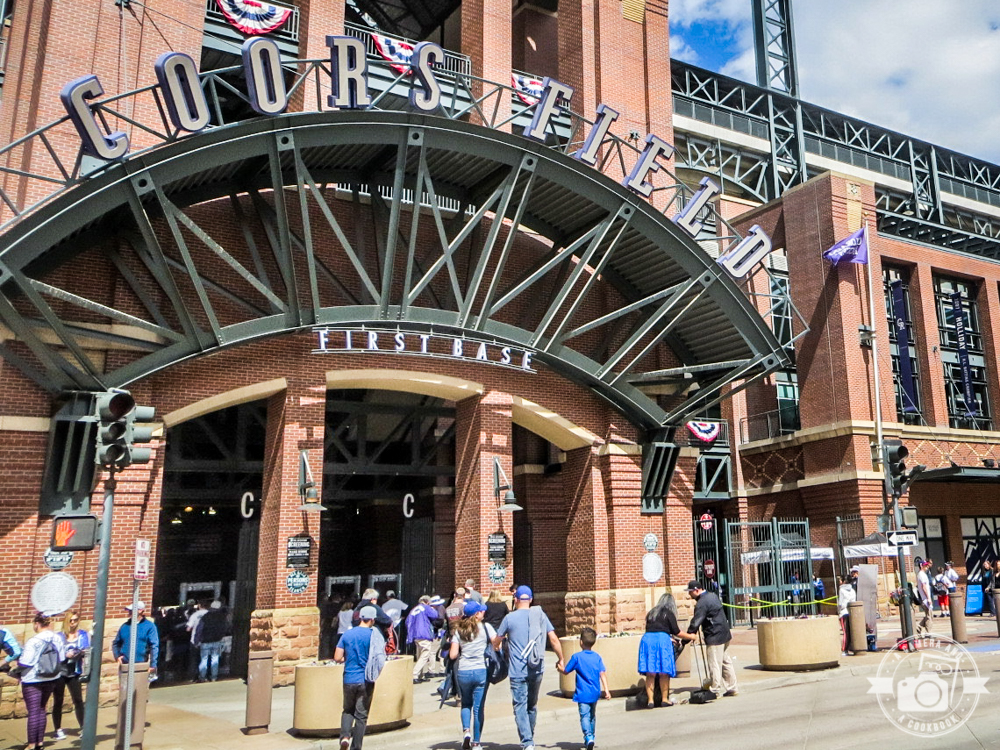 1.While this is now one of the older ballparks, it was clean and felt modern, but still had a nostalgic feel about it as well. It’s hard to explain.

2. We walked around the stadium before the game like we always do and it seemed like there’s really not a bad seat in the house. As far as I could tell there aren’t any seats with obstructed views, which you often have with older ball parks like Fenway. This park is new enough they were able to build it without huge beams throughout the seating areas. 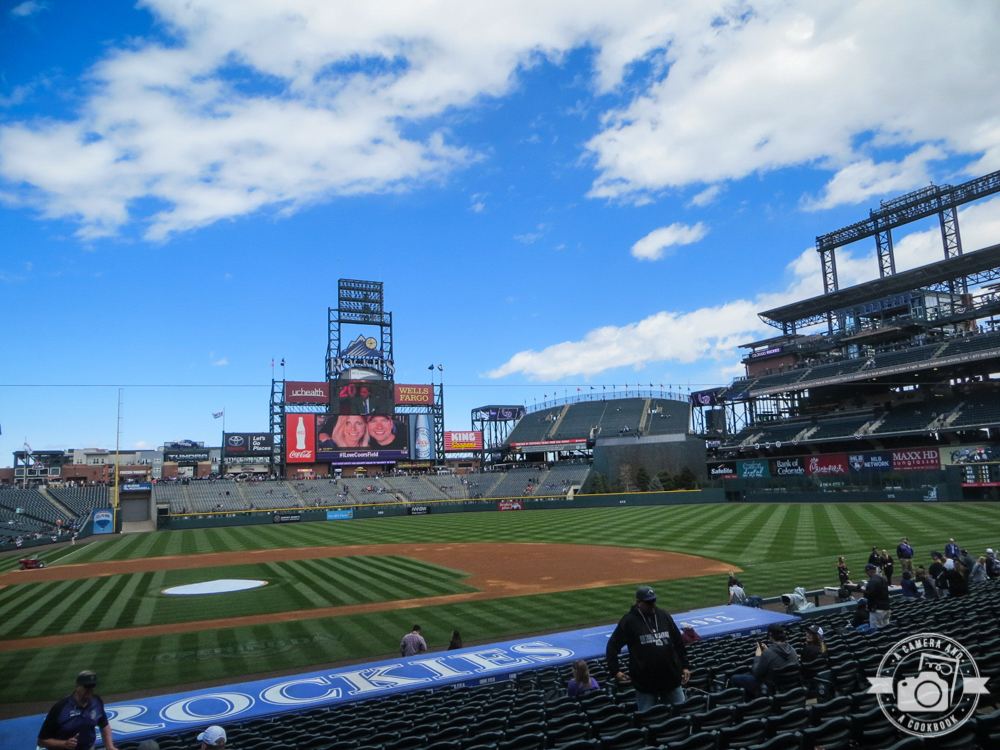 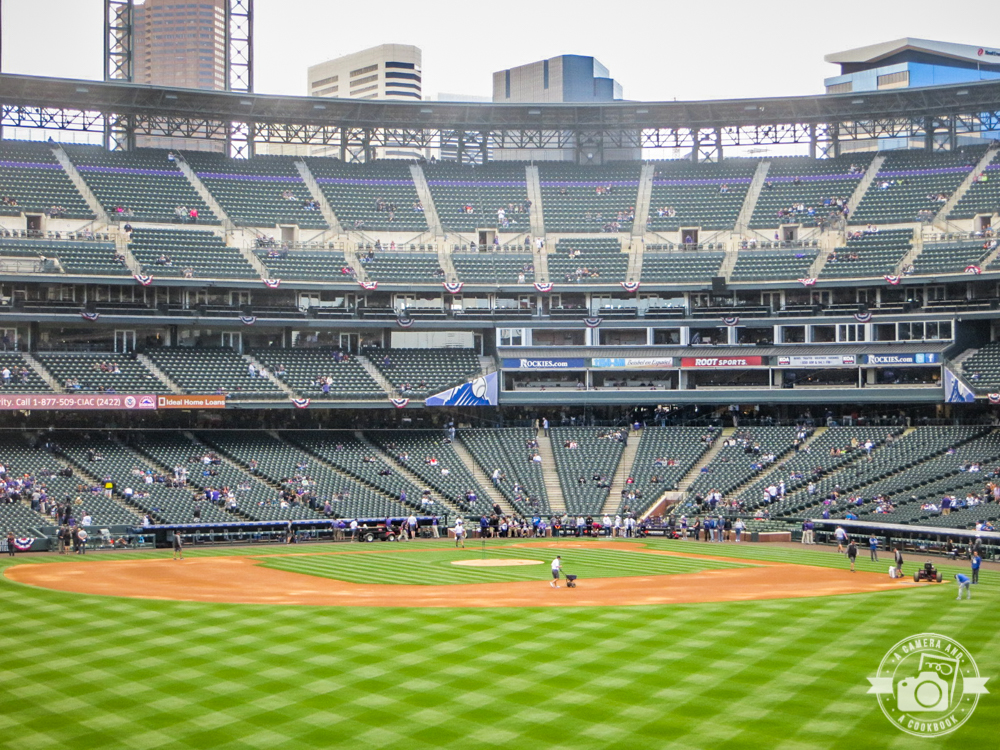 This was our great view from our seats. 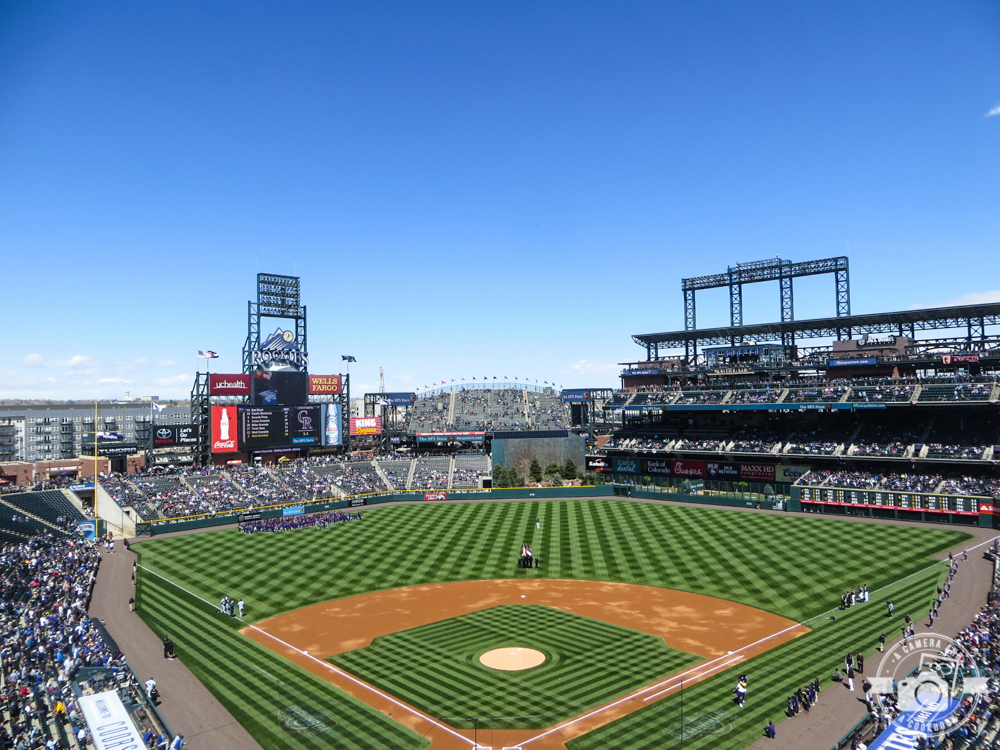 3. As we walked around we loved the open concourses, so you can still see the game. Over the years of going to different stadiums both Major league and Minor league, I have come to notice and love the ballparks where you can see the field as you walk around. Yeah most stadiums these days have TVs set up, so you can see the game on the screen, but being able to turn around and look at the field from the concessions is so much better. 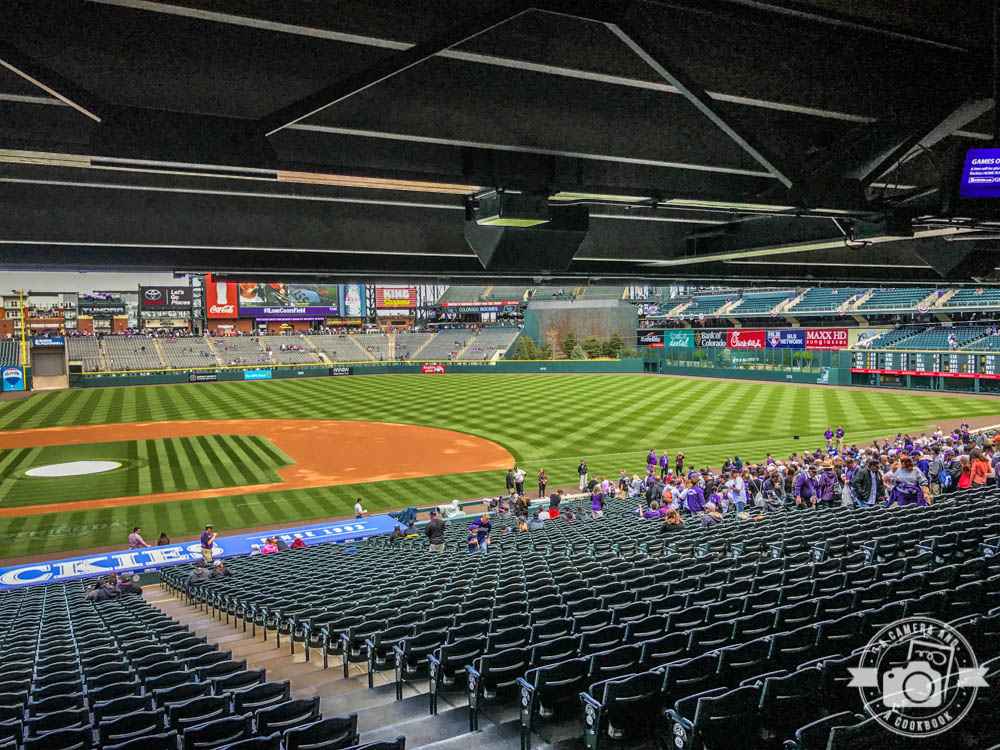 4. The views of the Rocky Mountains in the background if you’re looking from the outfield seats is spectacular. None of my pictures portrayed this well, but I found this picture from Greg, which shows what I’m talking about.

5. Good beer and food! I mean the stadium is called Coors Field! You’re right just 16 miles from Coors Brewing Company in Golden, Colorado. The beers gotta be good, right! The food was good. As you can see my nachos was huge! Rob got the Seattle Dog for some reason. Cream cheese and onions. All of it was quite tasty! 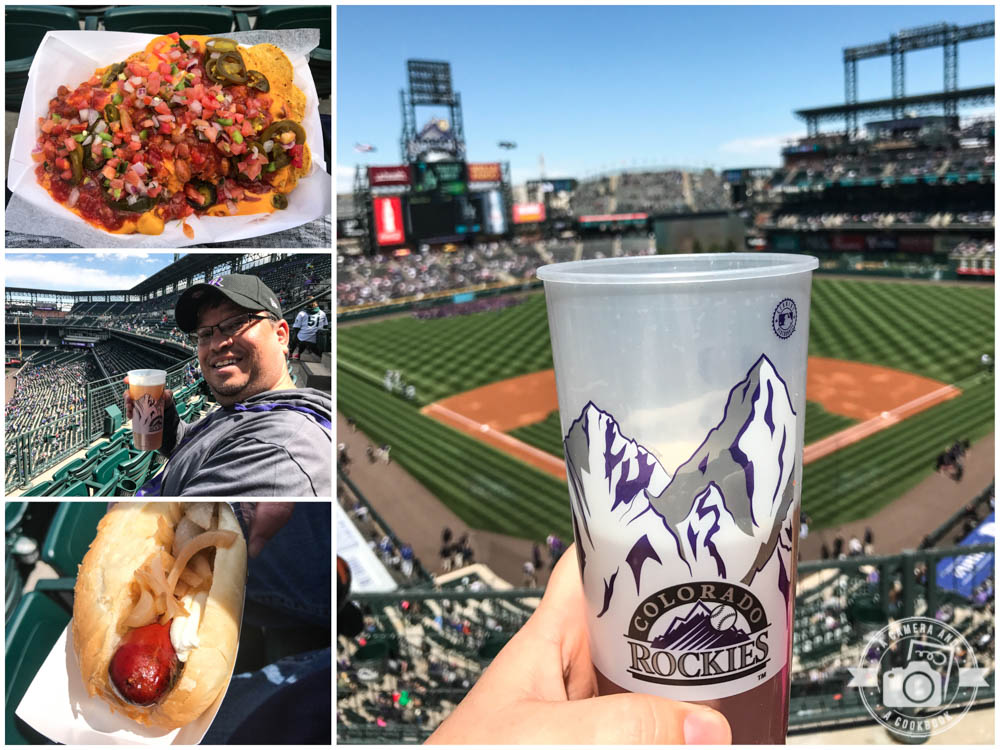 6. I wasn’t going to put this one, but I did really love the forest in the batter’s eye with the fountains that shot up. I also loved that they had trees in the bullpen. It’s often these small touches that make a park unique. 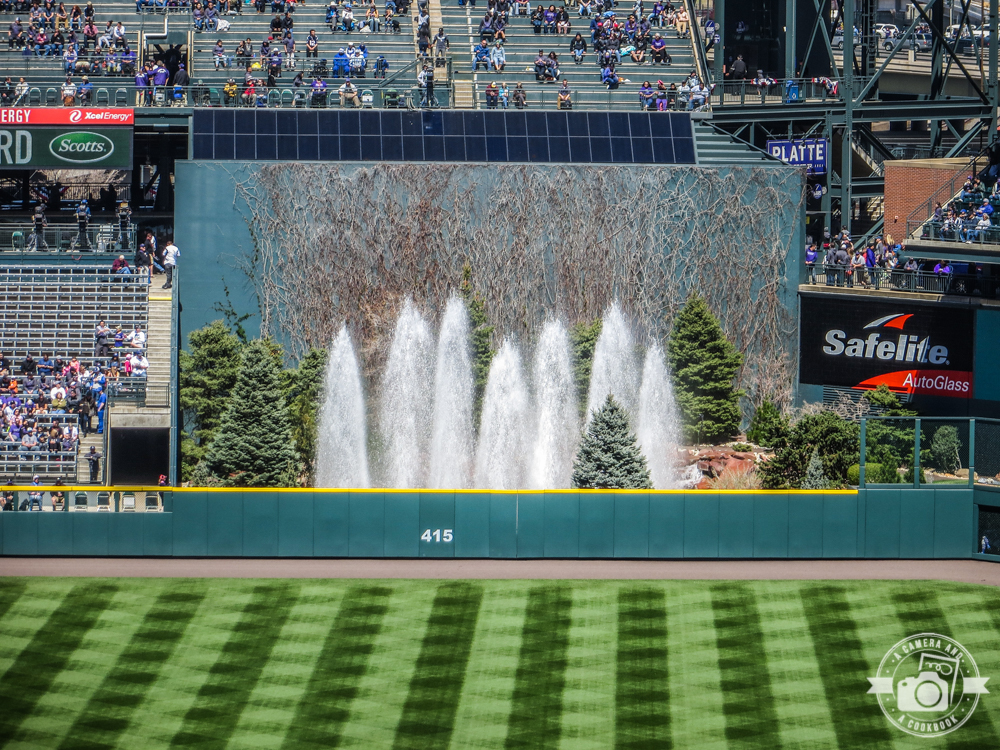 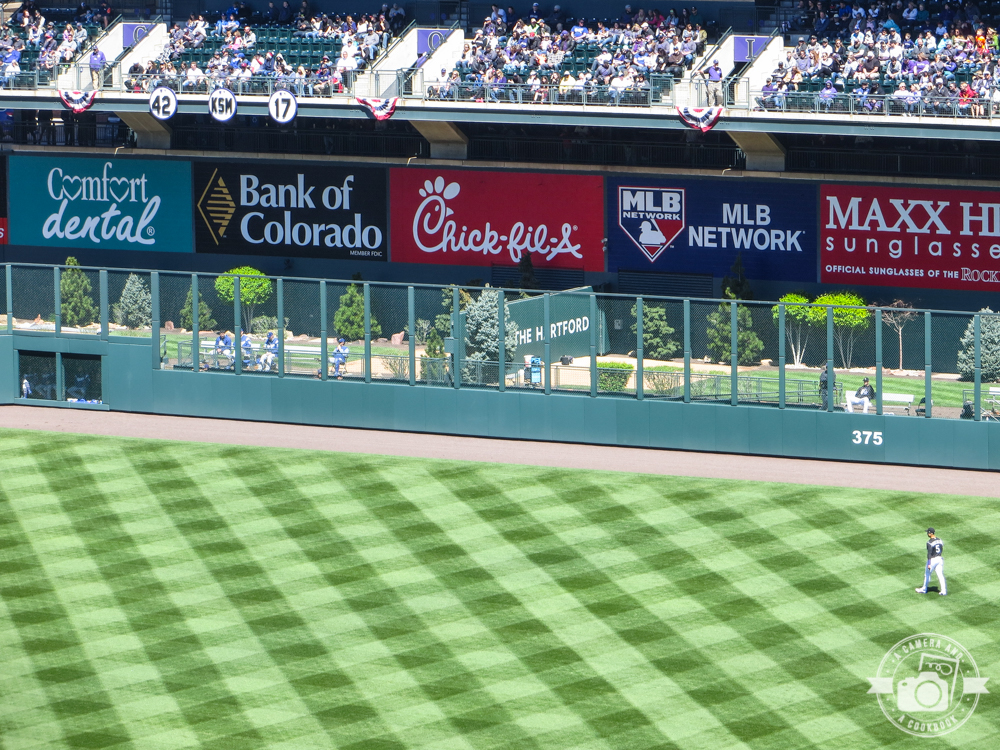 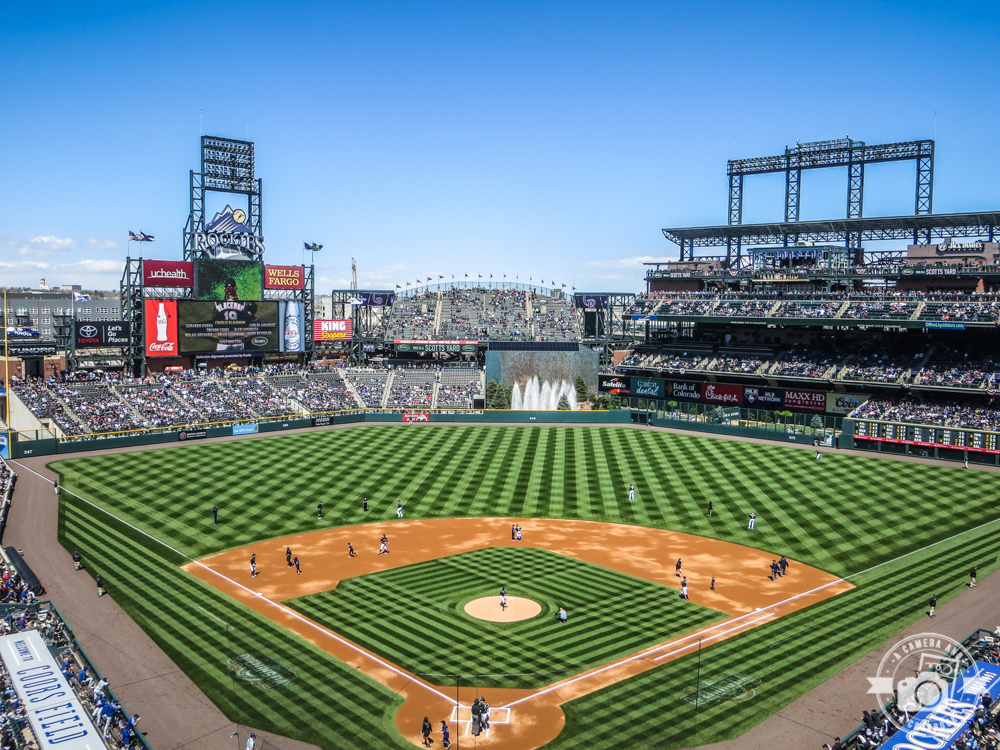 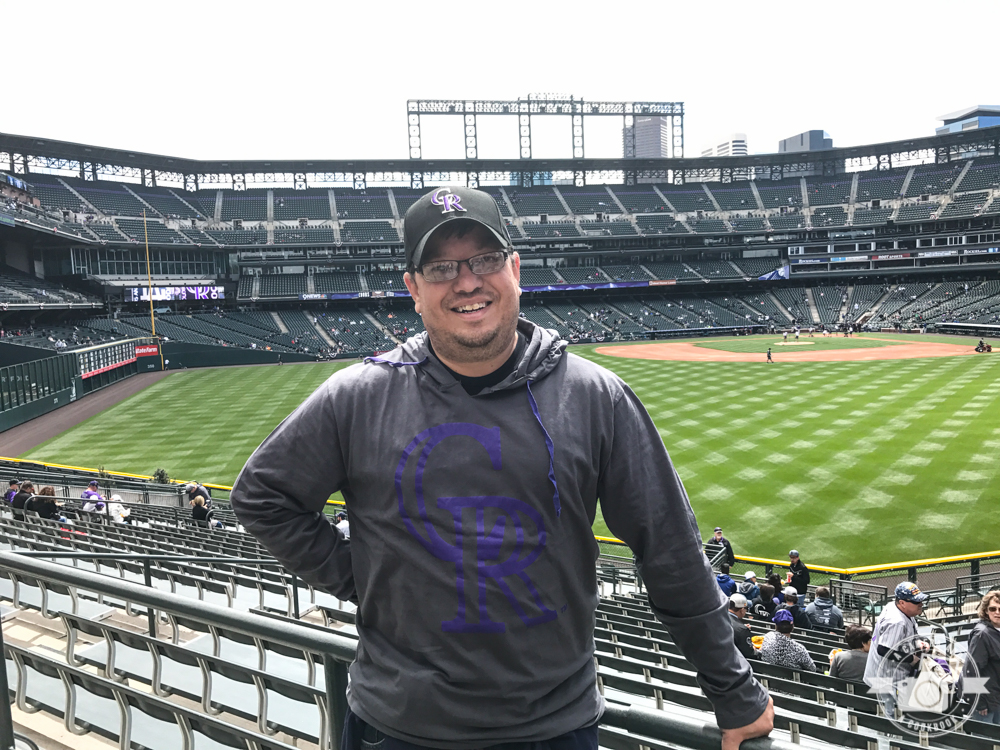 Here’s Rob with his Rockies hoodie that was the giveaway for that game. 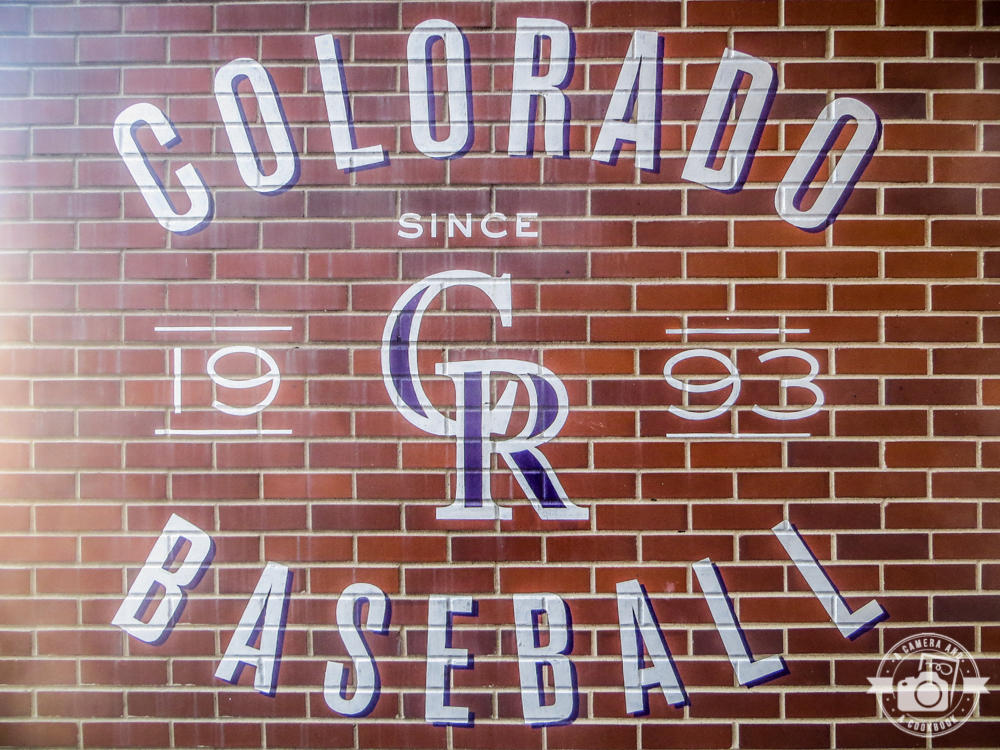 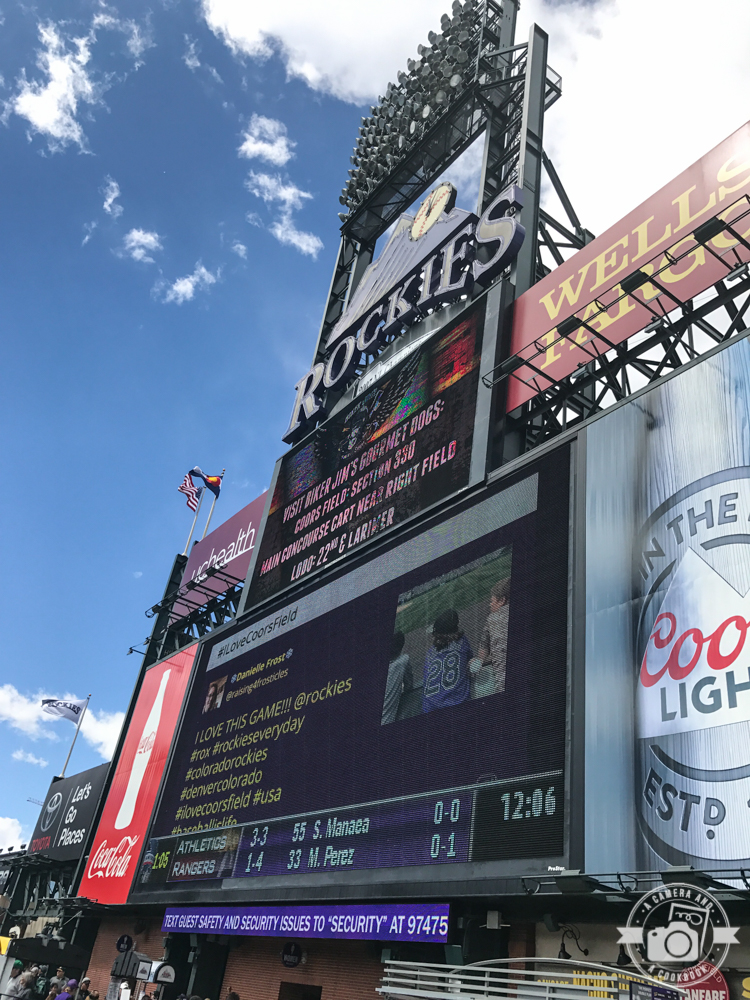 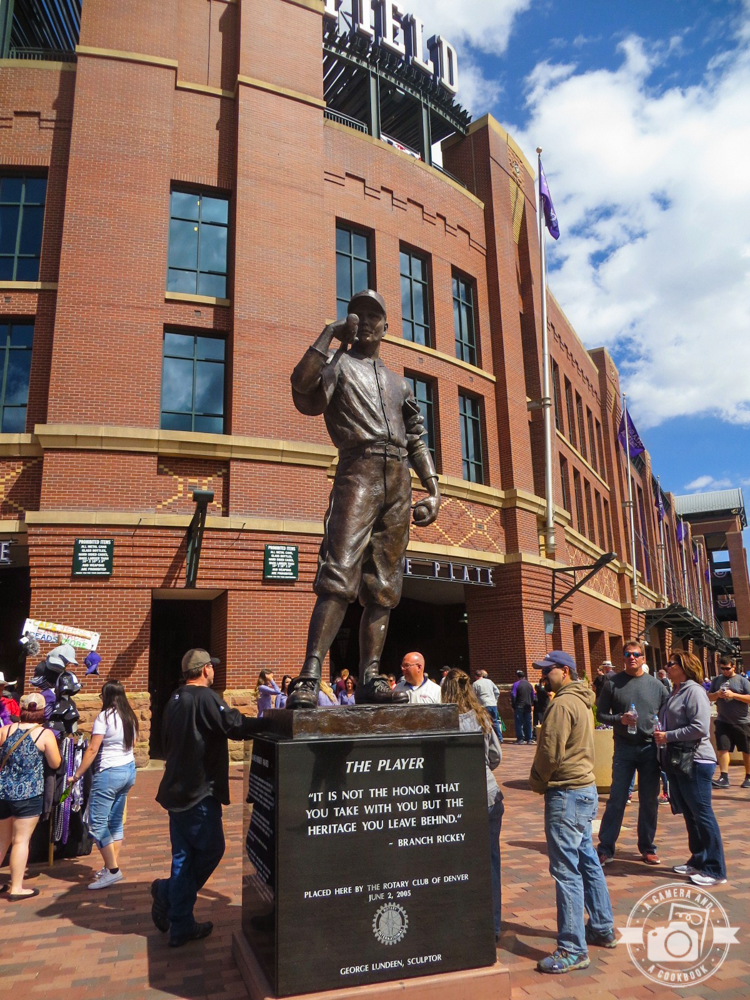 So as you can tell Rob and I really love Coors Field. It is no doubt one of our favorite ballparks. If we’re anywhere near Denver during baseball stadium, you can bet we will find a way to get to a game! Here’s another time we went to Coors Field >>>> Mountain West Trip: Denver, CO

After leaving the game, we headed to Boulder, which you can read about here >>>> Reaons to Love Downtown Boulder